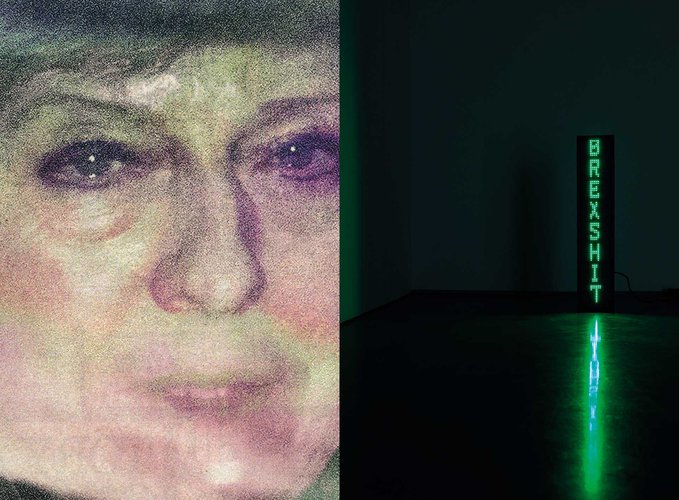 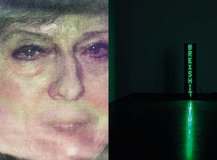 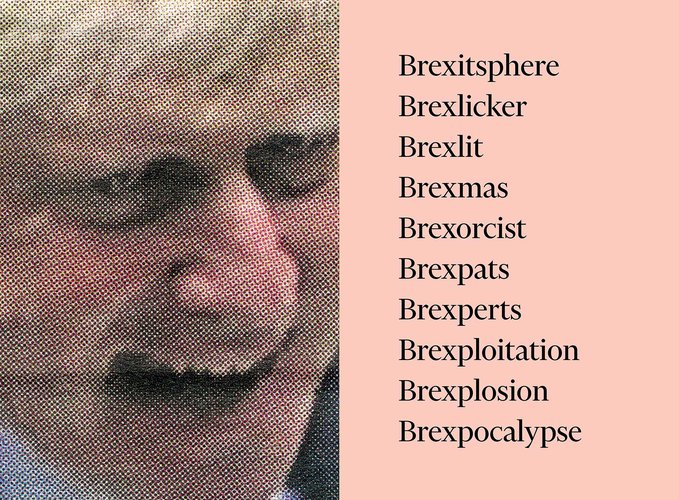 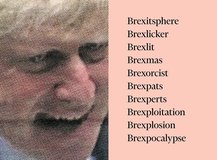 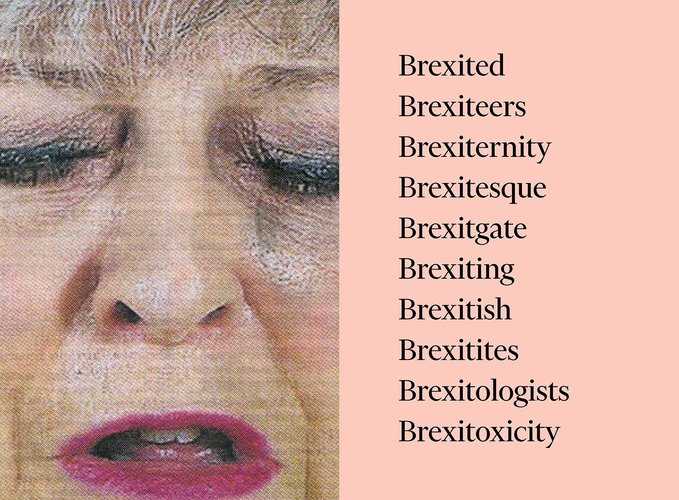 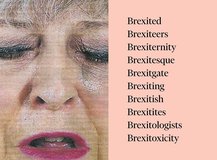 ←The Horizon is Moving Nearer

The Brexshit Times (2021) is an artist zine released on 1 January 2021, the date the UK officially left the European Union. Printed on salmon-coloured newsprint, the zine features hyper-zoomed-in scanned newspaper images of the three Conservative Prime Ministers who held office over the course of the Brexit process. These images are juxtaposed against a selection of text extracted from Simon Roberts’ Brexit Lexicon (2016-20), a unique compendium of the most common terms that have shaped the discussions of Brexit in both politics and the media. Brexit dominated Britain’s news agenda for a period of four years, and one notable language trend during this period was the creation of new terms using ‘Brex-’ as a prefix. Examples include ‘Brexiety’ (the feeling of unease over Britain’s uncertain political future), ‘Brextremist’ (someone with extreme views about Brexit) and ‘Brexodus’ (mass emigration as a result of Brexit).

Travessia Susan Meiselas
Muxima Alfredo Jaar
You do not take a photograph. You make it. Alfredo Jaar